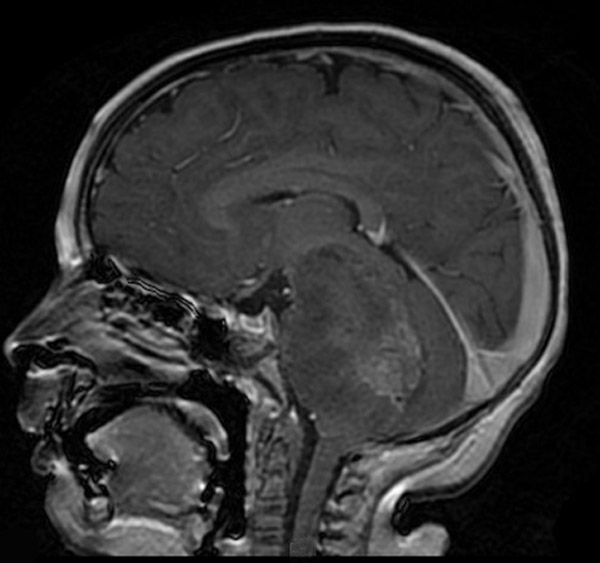 Brainstem tumors encompass a heterogeneous population of tumors affecting the midbrain, pons, medulla, and cervicomedullary junction and represent approximately 10–20% of all CNS neoplasms in children (1-4). Diffusely growing gliomas are the most common, representing 75% of brainstem tumors (10, 94). They often have a natural history and a prognosis akin to those of supratentorial glioblastomas, which occur primarily in adults (5, 6).  Focal tumors of the brainstem, by contrast, are encountered less often and are associated with a better prognosis.

The clinical presentation and the behavior of brainstem gliomas are highly variable, depending largely on the tumor’s anatomic location and pattern of growth. Whereas aggressive tumors are associated with a relatively short prodrome of symptoms, indolent lesions may present with an insidious course that will become apparent only after a detailed and careful history is obtained from the parent(s) and patient.

Untreated, these tumors lead to progressive brainstem dysfunction and, ultimately, death.  Unfortunately, most patients with a diffusely growing tumor do not benefit from surgical intervention and rapidly succumb to their disease (6-8).