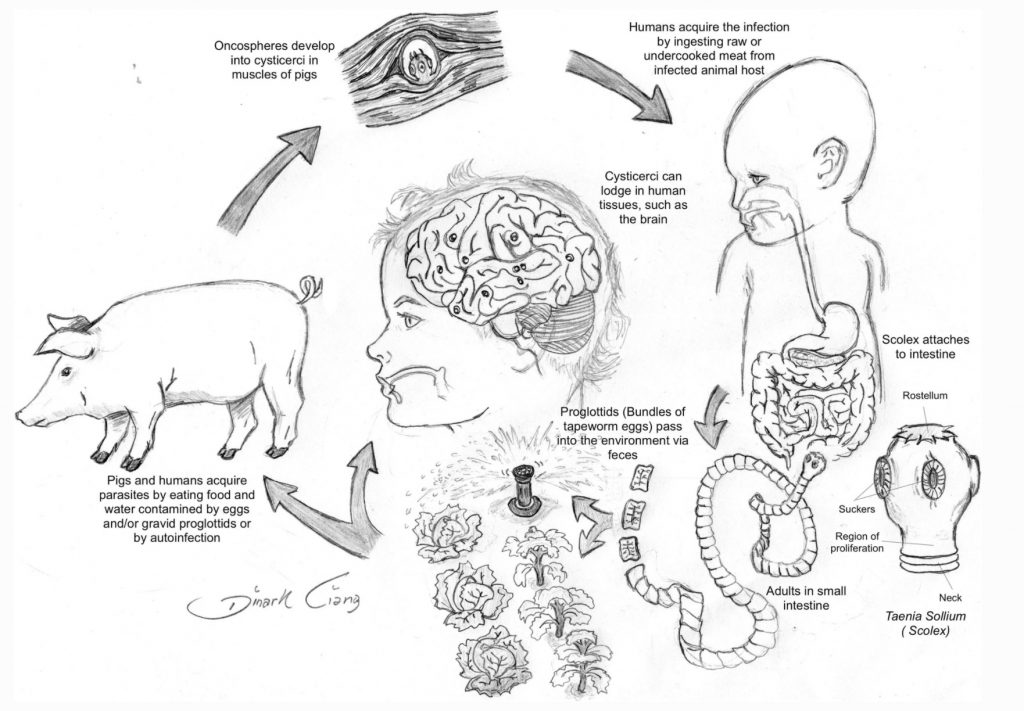 The life cycle of T. solium involves humans and pigs. Humans are the definitive hosts, acquiring intestinal infection (taeniasis) from pigs, the intermediate hosts, by ingestion of undercooked pork infected with live cysticerci (encysted larvae). Humans also acquire cysticercosis via consumption of food or water contaminated with T. solium eggs or by autoinfection (1).

Live larvae are only seen in cysts in the vesicular and colloidal stages. These forms are amenable to anticysticercal treatment. Encysted larvae can remain asymptomatic for years (4,28,30).

Cross-section of cysticerci stained with hematoxylin & eosin (H&E), at 40× magnification. The typical finding shows a cysticercus larva enclosed in a cyst wall with three layers (cuticular, cellular, and reticular) and the scolex (arrow) 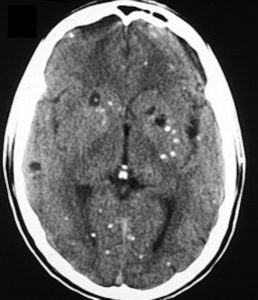 CAT scan of multiple degenerated and calcified cysts. These cysts are no longer active but may be the cause of persistent seizures