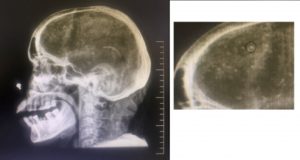 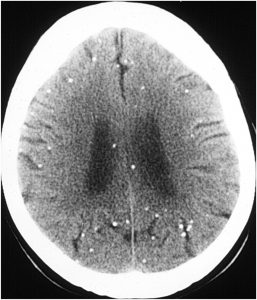 MRI and CAT scans of stages of NCC. Vesicular with a living larva (A); colloidal with a degenerated larva (B); “granulonodular” with a thickened cyst membrane (C); calcification, the final stage (D). 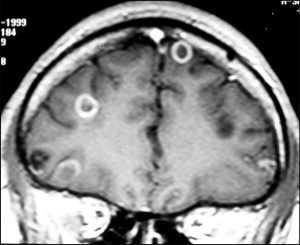 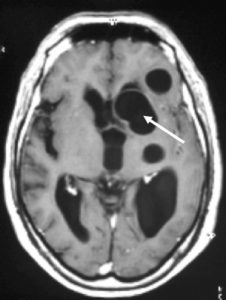 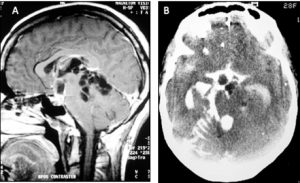 The diagnosis of NCC can be difficult due to the unpredictability of clinical presentation. Currently, the diagnosis criteria are those proposed by Del Brutto et al.  that allow establishment of definite and probable cases of NCC (52).