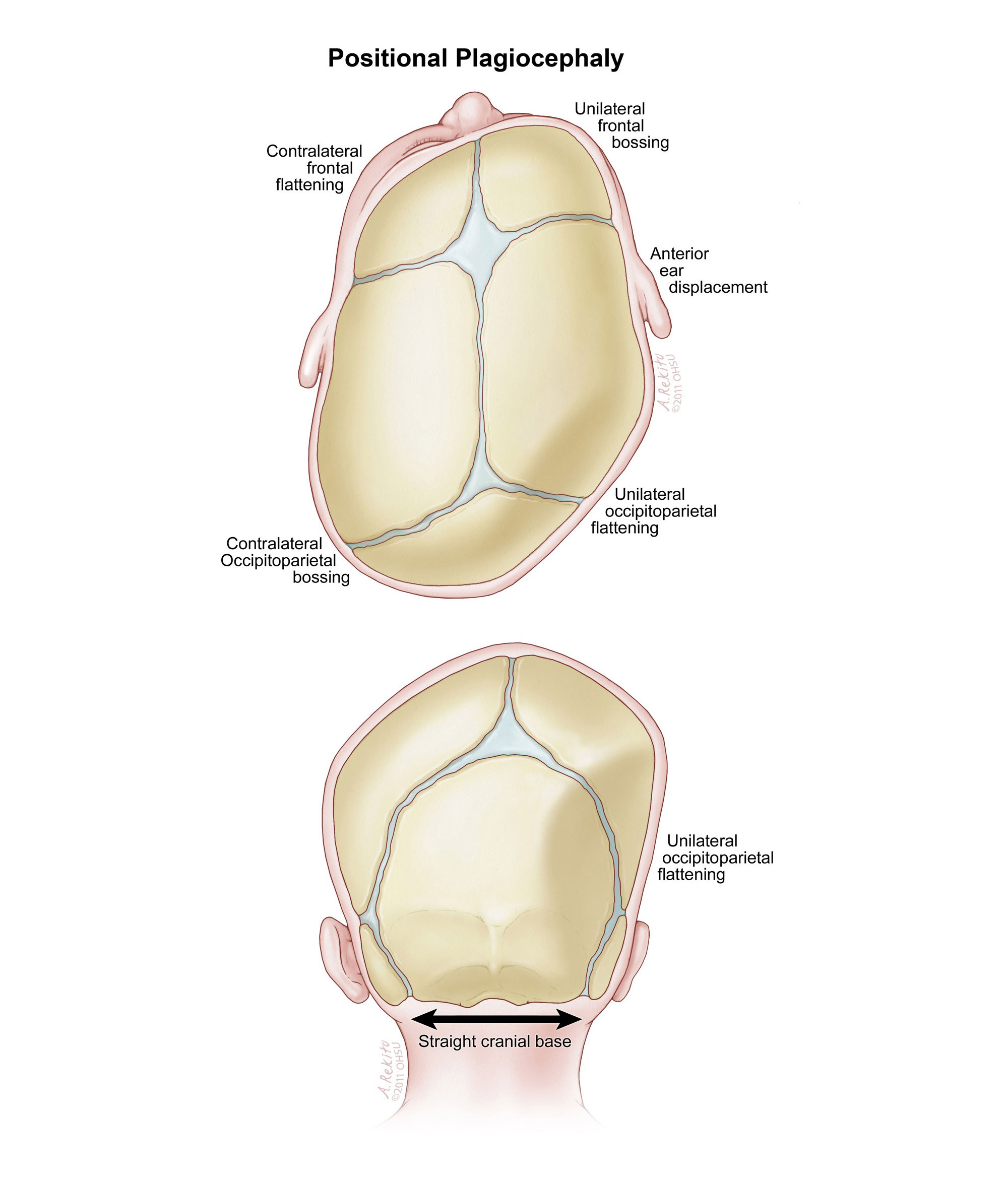 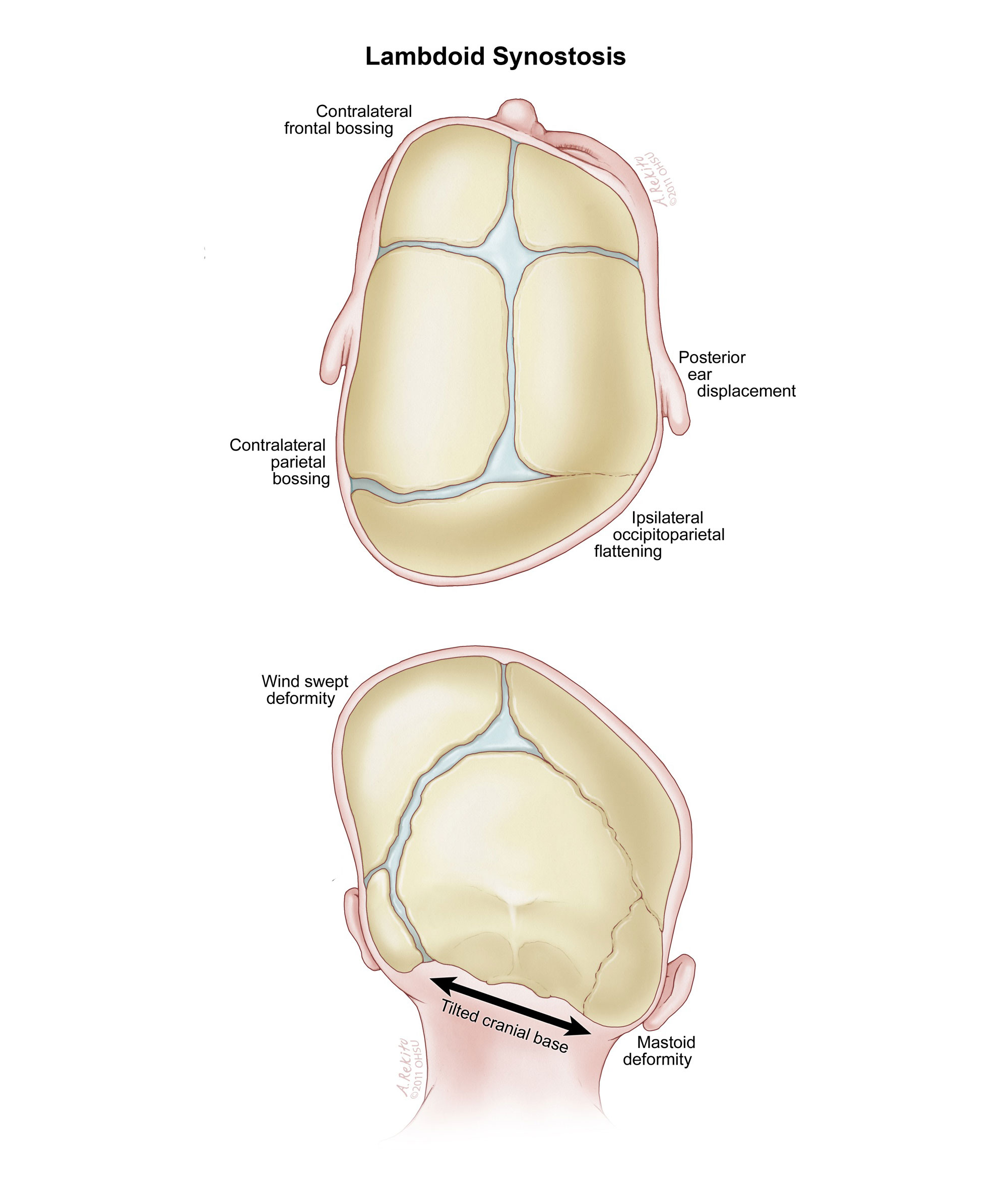 Positional plagiocephaly (left) versus lambdoidal synostosis (right). Note the parallelogram deformity of positional plagiocephaly due to occipital compression pushing the ipsilateral skull forward, causing secondary anterior displacement of the ear and midface to a varying degree.  This is in contradistinction to lambdoidal synostosis, which suppresses growth of the skull at a right angle to the synostosed suture, with a trapezoid skull shape resulting.